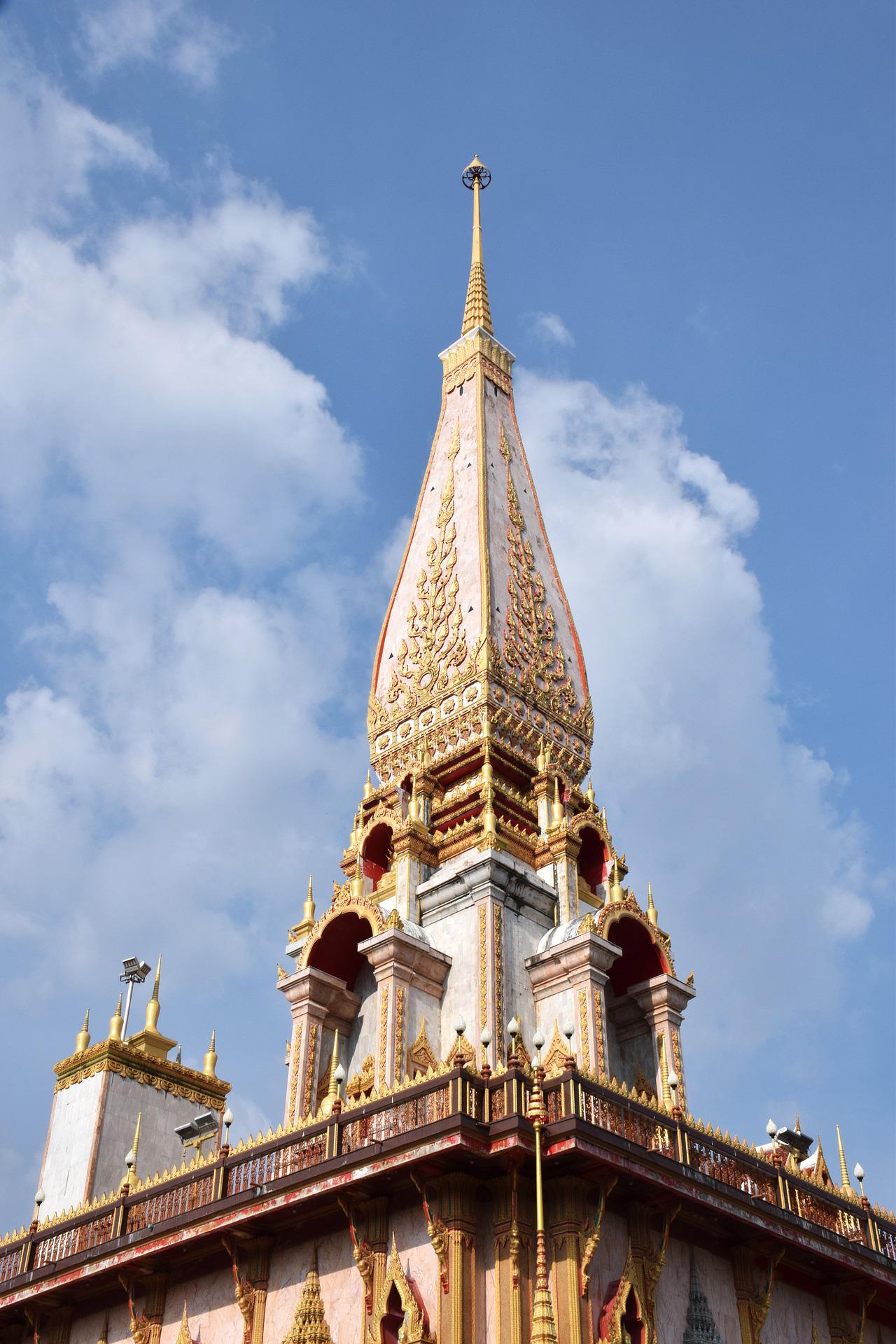 During your stay in Phuket, the visit of the temple of Chalong is a moment not to be missed. Follow our little guide and discover this place full of beauty and secrets!

You can safely pass through Phuket during your stay in Thailand. The largest island in the country, and the gateway to the south, is truly fantastic.

Phuket is known for its heavenly beaches, rainforest walks, lush lagoons, turquoise waters for snorkeling and cultural heritage. One of the most beautiful cultural witnesses of Thailand: Wat Chalong.

Located in the town of Chalong, in the southern part of the island, the temple of Chalong is the largest Buddhist temple of Phuket. Its splendor and fame radiated throughout the island. Thousands of tourists and locals flock every year to contemplate its rich architecture. Find here all you need to know to visit Chalong Temple.

History of Chalong Temple in Phuket

From its real name Wat Chaithararam, Wat Chalong temple has become one of the most iconic places in Phuket. This is because it is the largest, most decorated and most colorful Buddhist temple on the island. It is also a noble religious symbol.

Chalong Temple was built in the 19th century. However, the remains of ancient buildings of unknown age have been found there. Its amazing architecture is a typical Thai Buddhist temple. When you arrive, you will be amazed! Colorful statues, imposing, embellished with ornaments and golden materials, the appearance of the temple is dazzling.

Various interior decorations house frescoes from walls to ceilings, telling the story of the Buddha, golden sculptures, precious artifacts and elaborate doors. While the spectacle is grand, you are still immersed in a peaceful and mysterious atmosphere.

Many stories revolve around Wat Chalong in Phuket. Especially its monks Luang Pho Cham and Luang Pho Chuang and their healing abilities. The couple was also represented for their dedication during the 1876 tin miner uprising. In this confrontation, they treated the injured on both sides with traditional medicine and were mediators leading to peace.

Luang Pho Cham’s cane, which is said to cure all diseases, is also kept secretly in the temple. Legend even has it that a wife of King Rama V (1868-1910) was cured by the healing properties of the object. Since then, the temple has the reputation of doing wonders, you know what the Thai people often come to ask? Winning lottery numbers!

A visit to Chalong temple is a privilege to see the legendary relics of Buddha. Named Phra Borom Sareerikatat, it is a fragment of Buddha’s bone. It was brought back from Sri Lanka in 1999 and installed at Chalong Temple in 2002 in a ceremony presided over by Prince Maha Vajiralongkorn. To this day, it still sits in the famous Chalong stupa. The stupa is the newest building in the shrine since its construction in 2004.

A pagoda, also known as a stupa in Buddhist culture, is a conical or pyramid-shaped tower structure. Each part of the building represents one of the five elements that make up the universe: earth, water, fire, air and space. These are the foundations of Buddhism. Each element itself is associated with a specific religious concept: the ten Buddhist virtues, spiritual awakening, the trinity, the state of victory and nirvana.

What to do at Wat Chalong in Phuket?

During your visit to Chalong temple, you will actually find several buildings and walkways that make up the temple.
Visit the huge pagoda
The most impressive building is the aforementioned stupa. Sixty meters high and constructed of gleaming marble, be sure to explore every nook and cranny. The third and top floor opens the doors to a breathtaking view.

Marvel at the horizon of the surrounding plains and the statue of the Great Buddha in the distance. Then, explore the ornate temple gardens below.
See Viharn and its revered statues
It is impossible to visit Chalong Temple without passing by the Mission Hall or Viharn.

It houses exceptional statues of Luang Pho Cham and Pho Chuang. During Buddhist prayers, they are covered with gold leaves. Many Thais pray before these memorial statues, seeking the blessings of the two monks.

They also have ropes tied around their wrists to protect them from injury and disease.
Making offerings to the Buddha
The central building of Chalong temple is dedicated to the Buddha. The locals place lotus flowers, incense, candles or food here. If you want to buy religious offerings or any other religious items – you should go to the store outside the temple.

In the same room, play a fun game:

1. Find two boxes with bamboo chopsticks on the floor.

2. Take one and shake it to free one.

3. Read the numbers on your bamboo stick.

4. Go to the wooden cabinet on the right side of the room.

5. Open the drawer corresponding to your number.

6. Choose one of the sheets and read the inscription in Thai.

7. See what the temple of Chalong tells you.

8. Take your fate into Mango’s hands.

Another thing to do if you visit Chalong temple is to find an answer to a question that is on your mind. Half a mango carved from bamboo roots is scattered on the floor of the shrine. Get a pair. Ask a question that can only be answered with a yes or no. Activate the pair and let fate decide!

Are the two faces on the same side? The answer is no. Instead, the answer is yes. The Thai people have realized that they have to stop worrying!